Nestled in the open sea

Arrayed in all directions
Once viking outland

A church of nature

Woven of fire and ice

Time to get my feet wet 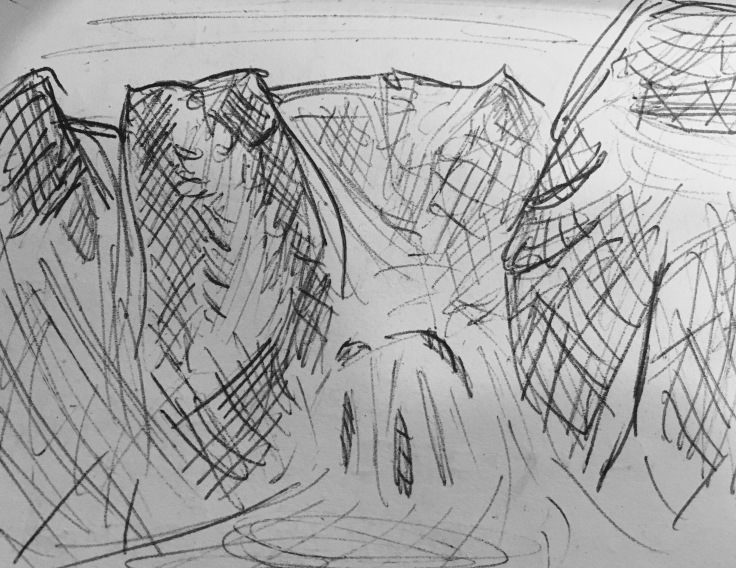 The mid-atlantic rift juts out above the sea at 63 degrees north. There from the freezing ocean lifts the land of ice and fire. A swell of black rock, blanketed in bryophites and glaciers. A land of stark North Atlantic scenery decorated on the surface with the vibrant mosses and liverworts of temperate rainforest, capped with white arctic alpine, resting upon a sea of molten lava.
The landscape is one of cracks, crags, canyons, fjords, ice, lavafields, fiissures, volcanic cones, and braided river valleys. Dark lavarock of a varying ages extends for miles from volcanos all around Iceland, mosses colonize the young rocks, and the navy Atlantic laps upon the black shores. 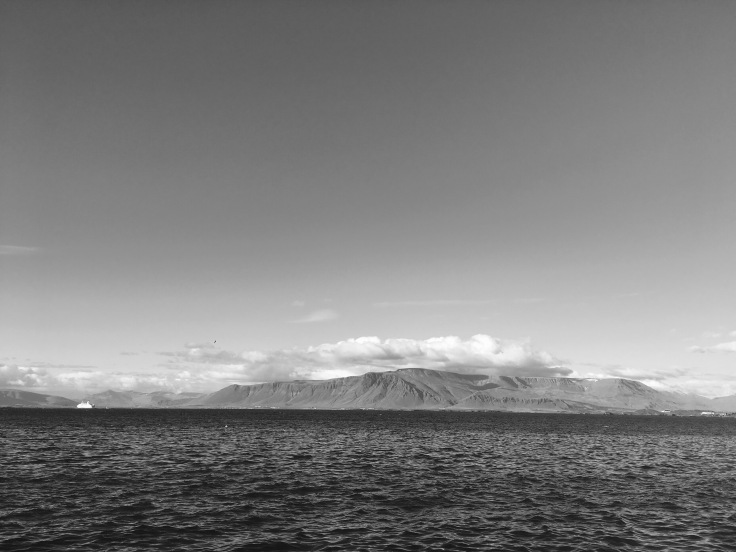 Just 4 days brought an endless supply of wonder to my wandering mind And body. This island stopover between Greenland and Northern Europe provided a most wonderful gateway to this year of intentional travel.
As I boarded the Icelandair flight out of Chicago, all the other passengers and I were given a small bottle of Iclandic water. This is a place that prides itself on water. It is surrounded by it, the island itself is woven together by crystal gray and blue rivers, the majority clean enough to dunk one’s head under and pull a deep drink, soothing the body with an elixir of glacial melt and midatlantic rain.

Day 1 I wanted to make it southeast, towards, get ready, Kirkjubaejarklauster. Yes, Kirkjubaejarklauster. One more time, Kirk ju bae jar klau ster. Pronounced Kierk-you-bay-yaar-klow-ster. It was easier than I thought to get to a place whose six syllabled I couldn’t pronounce for three days… I suppose in Iceland they are used totourists’ clumbsy directions with placenames like Sudureyri, Eyjafjallajokull, Snaefellsjokull…. 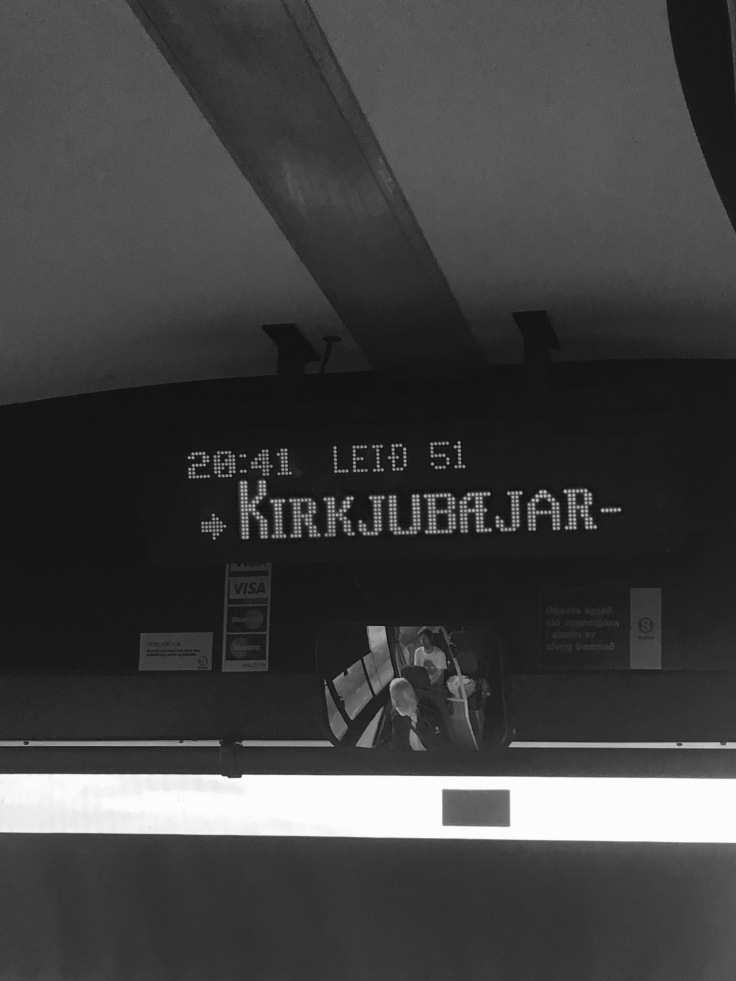 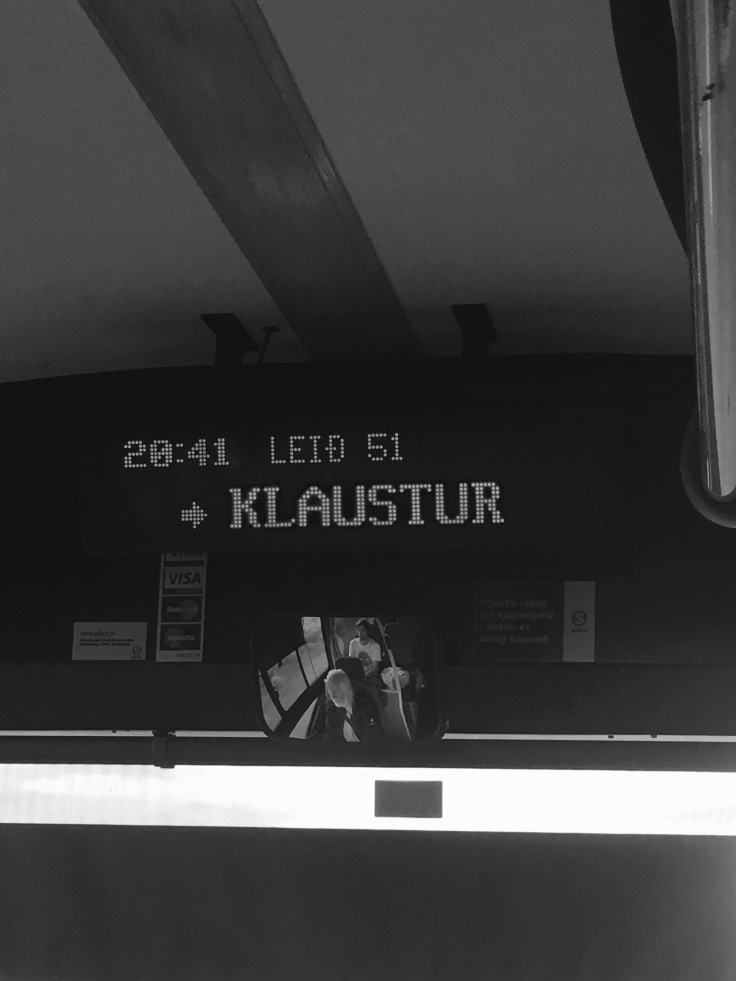 Quickly learning how expensive it is to pay for anything in Iceland, including public busses, I decided to try my hand at hitchhiking, which I was assured would be fairly easy out of Reykjavik and could get me at least half way to… K-klauster. I bussed to the edge of the city and then quickly got a ride with a mechanic whose name I cannot muster. As we passed a geothermal power plant, I learned that Iceland gets much of its energy from the volcanic earth of the island, and the homes and buildings are heated with hot water pumped into the walls.
Just before accompanying the mechanic to tow a rental bus, I learned that Iceland’s rivers flood on ocassion. The floods occur when volcanic heat melts the underbelly of the glaciers forming subglacial reservoirs. When these become large enough, they will actually lift up the glacier allowing the excess water to burst forth into riverbeds where it will flow in a mad silty rush towards the sea. He told me as we drove over a roiling, cloudy gray river that when the waters are opaque, this kind of activity is going on.

I arrived hitching to Skogar, a town known for a view of one of iceland’s smaller glacial mountains, Eyjafjallajokull, and a beautiful waterfall, Skogarfoss. Waterfalls are everywhere in Iceland, in one photo I captured three big ones, it’s hard to see, look closely…

From Skogar, I had a hard time hitching further, and I thought I had missed the bus. I was exhausted and thinking about going to camp in Skogar when a bus drove by towards the stop near the waterfall, 1Km away. I started running after it, hoping to catch it to K-klauster. Two dudes pulled up and drove alongside me cheering me along, and then sped off to hold the bus for me. Next I know they are back and loading me into the car urgently. They sped me to the bus, and I barely made it. Finally in the 9:30 PM light, I got to Klauster and set up camp in front of a beautiful waterfall.

My hope was to make it to Laki, a volcanic fissure in Iceland’s largest national park. Laki erupted in 1783, causing havoc in this region. My friend Marc who is working there asked me to bring him some gear he needed from the States, I said I would and I also wanted to take the opportunity to learn about the Skafta River, flowing out of Laki by Klauster.
In the morning I learned that Laki is up a 45Km 4×4 road, and the bus tour there was out of my pricerange. I decided to take Marc’s gear to the rangers in town, and ask them to bring it to him or give me a ride. They said they would bring it to him, but couldn’t bring me, so I spent the morning looking around a small museum that the rangers run with an exibit that taught me that in many parts of Iceland the earth is 90% covered in bryophites. This fauna is a green filter for water, which then flows into a bed of pummus, further filtering the water. This is part of the reason that so many people claim Iceland’s water to be the purest in the world. I know well that purity is a topic I will fixate on often this year.

I downloaded an app from the museum that would provide me with a gps guided tour, for free, of a section of the Skafta River. what a great thing. The tour soothed my appetite for knowledge about the river. I learned that during the 1783 eruption of Laki, the residents of Klauster were panicked and in grave danger of death. All the livestock had perished and harvest, and all the ground was poisoned.

Klauster residents gathered in church for what they thought would be their last service as the lava from Laki poured down the Skafta river basin towards the town. The preist (NAME) gave a sermon praying for god to stop this Magma. When the people left church, they found the lavaflow stopped right upriver. A miracle perhaps, and a good story, though less faithful observers say that the lava stopped at the point where a tributary meets the Skafta, cooled on either side by the magma.
The cliffs above the river Skafta

Reveal that its water

Stopped lava in its track

At the whim of Klauster’s villagers

Who prayed for it

And believe that it was god
The interactions of fire, water, earth, and air are potent and pervasive in Iceland. This is a country of the elements, a place revered for its nature since it’s settlement by vikings 1000 years ago.
After my long hike, I received a surprise message from Marc saying he was coming to pick me up and bring me to Laki. He arrived with a colleague, Jo from the UK. The two work for the government building trails in the park, and Jo is working on her dissertation in Physical Geography. She explained that she is studying rootless cones, a formation that looks like a mini volcanic cone tand is formed when hot lava flows over wetlands. The heat of the lava causes the water to sublimate, and with a great expulsion of pressure, steam explodes through the lava forming cones. These cones are all over Laki and its surrounding areas. I was fascinated by the reversal of roles, ater this time becoming volatile as a micro-volcano. Rootless cones also exist on Mars and are a clue in our search for water there.

The following day I got a ride down from Laki and, nearly missing the bus again, I bussed back to Reykjavik. I learned so much in these 4 days, and the volcanic-glaical-mossy-watershed Iceland remains one of the most magnificent places I have ever been. 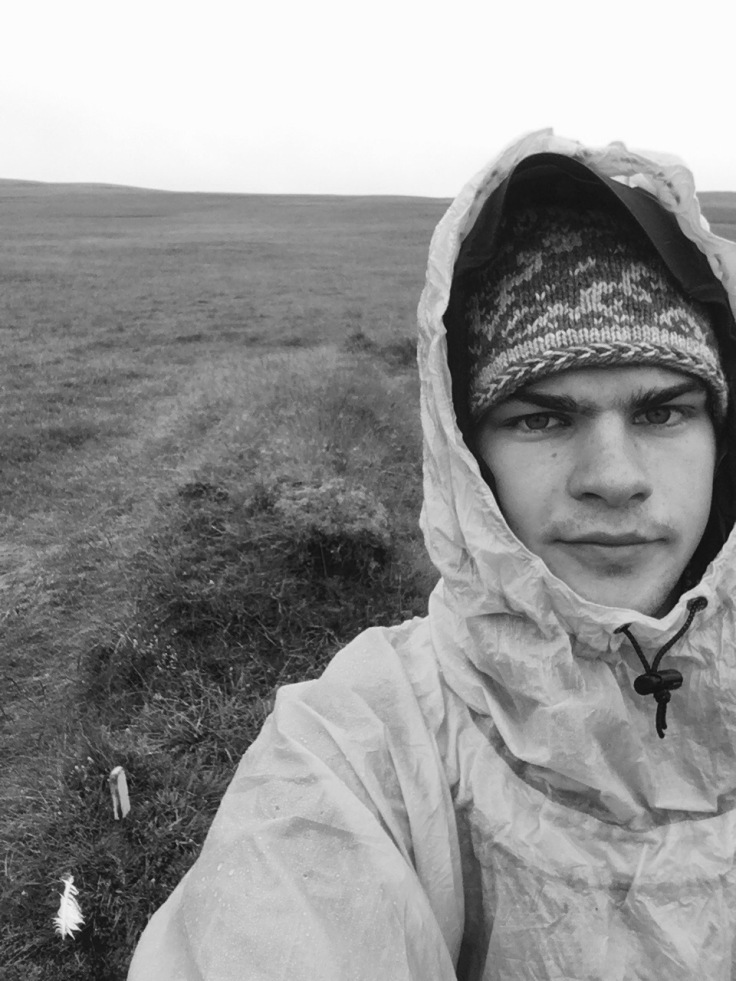