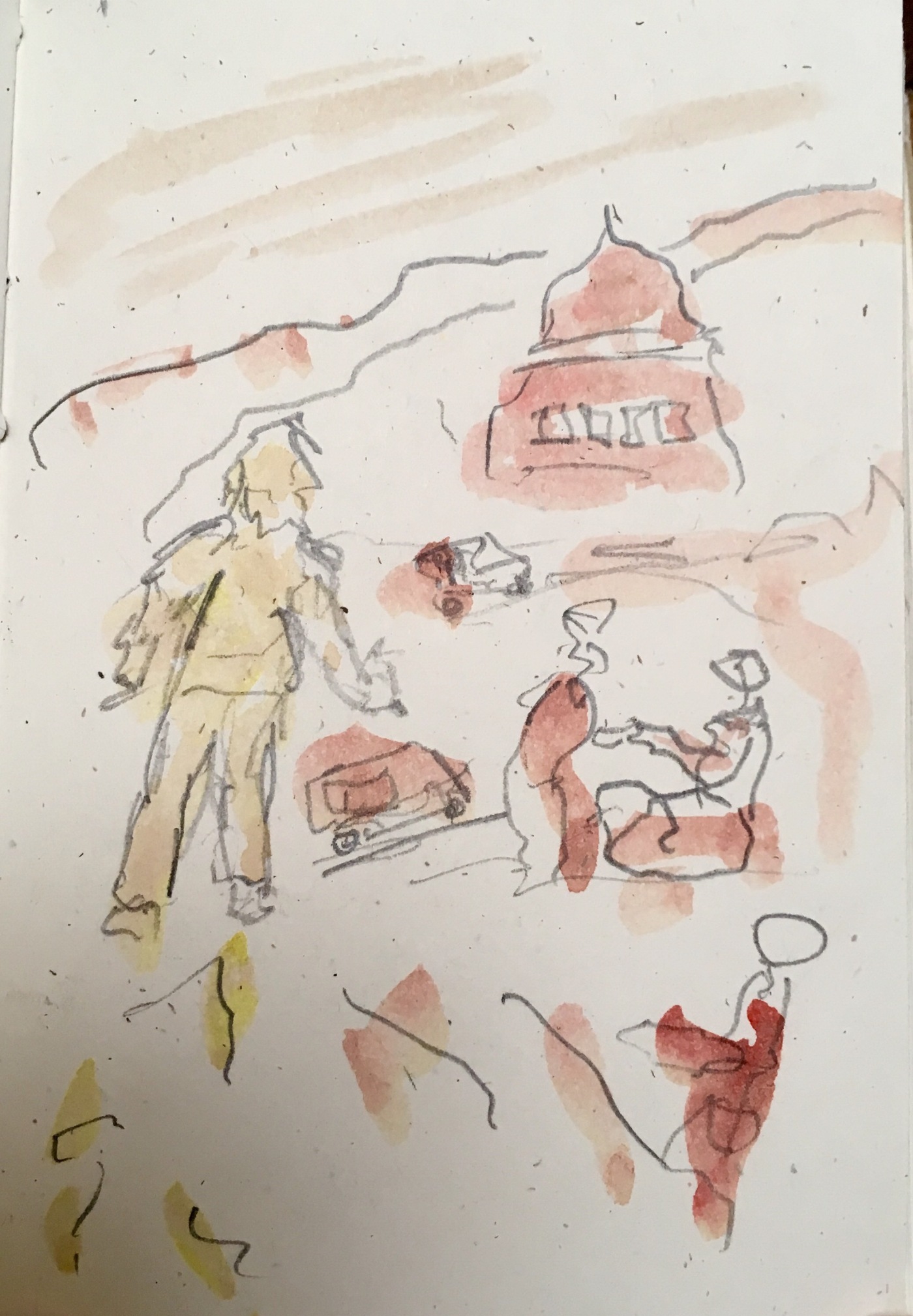 Matchstick Delhi
Behind the apartments

Of a woman’s forehead

A red mark of life

I am told
It’s the orange

Is set afloat
It’s the red

The life
It’s a city
In the orange 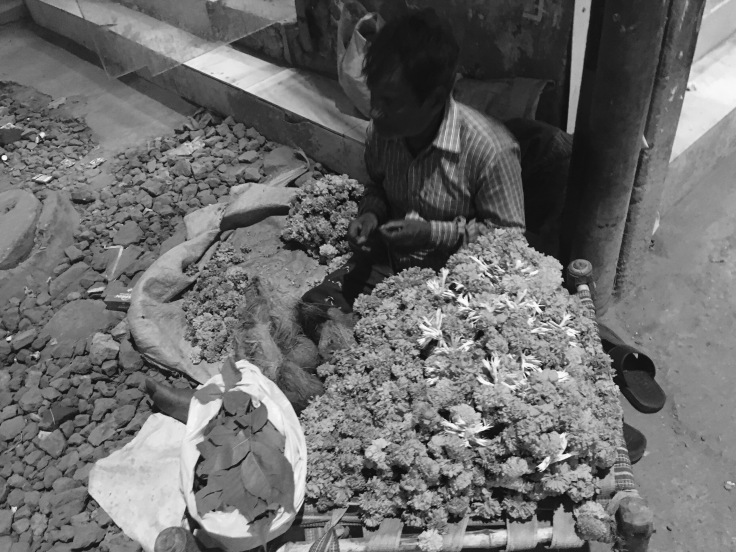 Delhi has given me a place for near three weeks now as I have prepared to paddle with GangesSUP for 8 weeks down the Ganga. Other travelers warned that the big cities of India would overwhelm, that the crowds and the noise would be too much.

I understand what they were talking about. When I first arrived I was staying with Shilpika Gautam, the main force behind the trip that we are about to undertake. She and her family, Dr. Sudhir and Usha Sharma from the last entry live in Noida. Delhi is like Washington DC, it’s known as Delhi NCR, the National Capital Region. Just to the north and east is Uttar Pradesh, literally “northern state,” while to the west lies Haryana. Noida lies just across the Yamuna River from Delhi, and it is in Uttar Pradesh.
Noida would be a half hour drive from Delhi proper without traffic. With it can take one or two hours, impossible to predict. Traffic here is trucks belching around the streets with vibrant hand painted signs on their tail ends asking you to “honk please”; a whir of tuktuk engines bumbling left and right trying to weave around the cars; motorcycles doing near acrobatics to find the path of least resistance even on the sidewalk; cycle rickshaws and peddlers carrying 30 foot long rebar; pedstrians walking in the expressway and cars going the wrong way. All honk and shout and ring bells to make themselves known to the masses.

The endless car horns play to personalities. Some earsplitting and overpowering like a diva with bronchitis and a megaphone, some  deep like James Earl Jones at a boxing match,  others high pitched and squeaky–Missy Mouse inhaling helium,  the funniest are muffled by overuse, an Oompa Loompa singing, head in a fishbowl.
Watching this traffic it’s astonishing that anybody gets anywhere, but sure enough the people move steadily like a river with incalculable bifurcations, eddies, and directions, a fuel powered river of metal winding ceaselessly around the city.
About halfway to Noida, the road climbs up a small ways onto a bridge. It is at that point that one sees the Yamuna River, a stoic river, blackish in color, revealing no sign of flow. The Yamuna is born very close to the Ganges in the Garhwal Himalayas. The Yamuna flows from the bowls of the high peaks just west of those that are the beginnings of the Ganga. The two rivers flow parallel, twins, out of the mountains, through the hills, and into the plains. Between them is some of the richest agricultural land in all of India, and like the Ganga, the Yamuna is considered a goddess to Hindus, a sacred river. 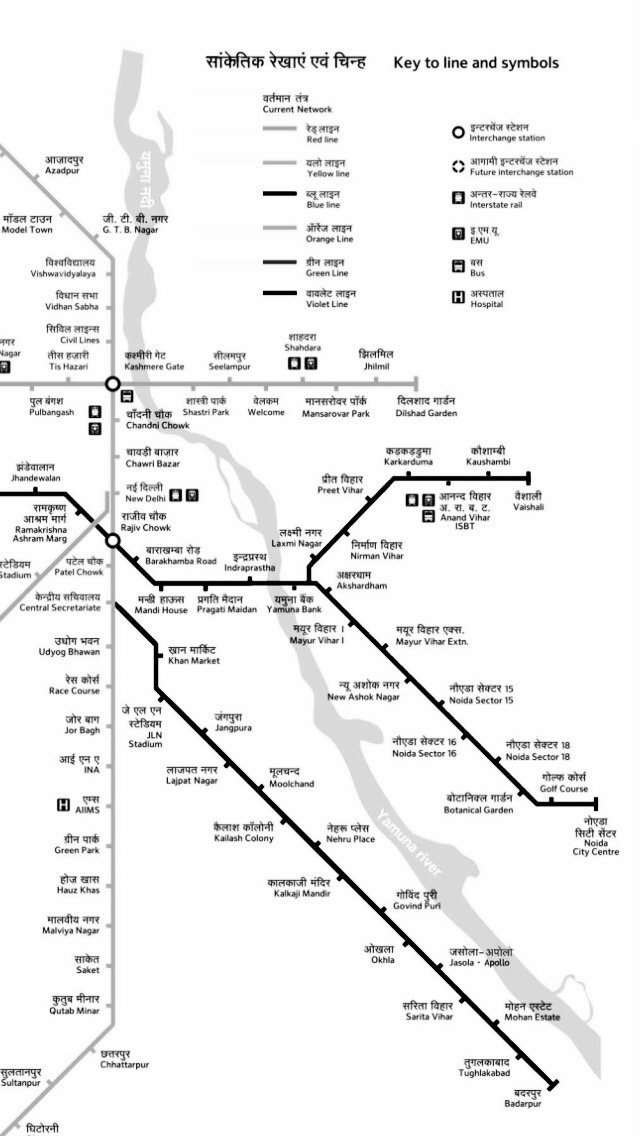 Also like the Ganges, the Yamuna is highly polluted with industrial effluents, agricultural runoff, sewage, and garbage. Shilpika went to the Yamuna about two weeks ago to film a sequence for an Indian media station called Zee News. They filmed it at the banks of the Yamuna, and just as she was beginning to speak, a pig corpse came floating into the picture. Just then a man began dumping garbage from the bridge above her into the water. Upset with the pig, another man, picking trash around the river to resell, paddled out onto the water in his makeshift float made from scavenged material to try and push the pig out of the way. After all of that, another man arrived to make an offering, a puja, to the river and to take a small bath in the waters. 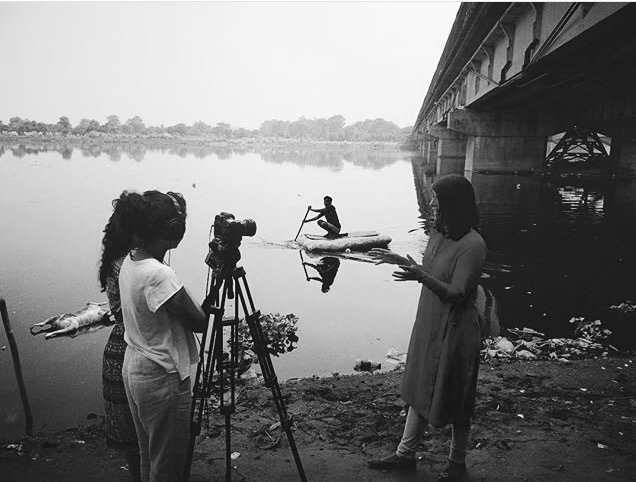 There is so much activity on the river, so much connection with the waters, so much love for them. But the way of treating the river as a repository for offerings to deities, garbage, sewage, and the holiest place for the dead baffles me. So much converges there. Why would anyone dump their garbage or dead pig in the Yamuna? The same water required for drinking and growing food?
I realize that I think of this as a violation of an environmental code. It’s engrained in me, but in muh of India there is a different code completely. The river is a different being. The river is meant to clean all and wash it away. In some sense it does, but 1.3 billion people in India all sharing in the watercycle is a lot to consider. One small bag of garbage X 1,300,000,000 is a lot of garbage everyday not to mention 1,300,000,000 people’s sewage.
What is water?

A question abstract as color

Liquid in a sense
With all this in mind, finally Pascal, Spike, Kumaran, Shilps, and I are all in Delhi with all of our equipment.
On Sunday morning, Shilps, Pascal, and I went to make a little video to thank Starboard, a sponsor who gave us our paddleboards, for supporting our trip. We decided to film at India Gate which is India’s equivalent of the National Mall in Washington DC, you know long pools between a monument a official buildings, a big park for people to wander around. The difference here is that people were playing cricket all over the park in the morning, people swim in the fountains all day, kids playing all about. It’s quite an image. And rather than an obelisk, a huge gate rises up in the center like the Arc de Triomphe. It’s a beautiful site. 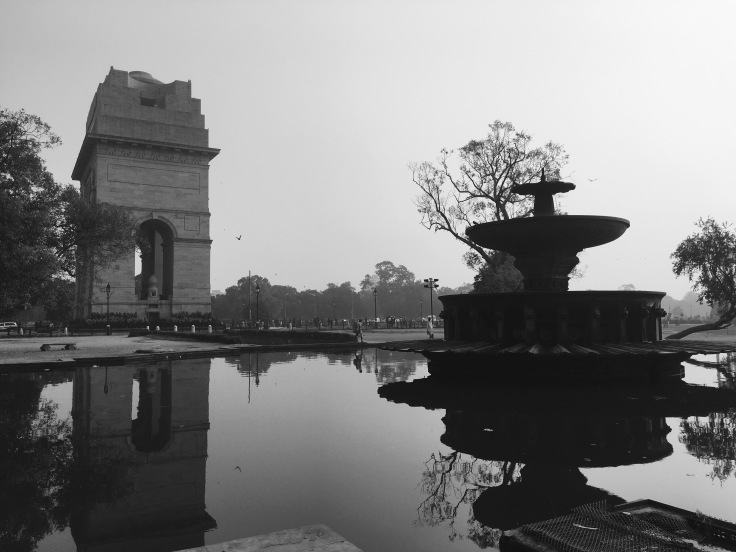 We arrived early, around 7 and already the cricket games were in full swing. Kids were shouting and birds were everywhere, a few Chai Wallas wandered about with their big huge kettles.
We started to prepare our boards by the ponds, and drew quite a crowd of curious onlookers. We got out on the water and started shooting video, and the crowd grew. Policemen showed up as well, and though at first we feared we were going to get in trouble, perhaps have to grease palms or worse, they just came to take pictures of the funny looking standup boats.
Not long after we began paddling, Shilps asked one of the people looking on if they wanted to try. Pretty soon all four of us were off our boards and locals were riding around with such joy and hilarity on our boards. None had ever seen a paddleboard or done it before, and we got such a kick out of it.
A little boy who was shirtless came wading through the water to ask me if he could ride. Once I got him on the board, we couldn’t get him off. For an hour he was either paddling around or chasing other boats through the water, even climbing on board with others. It made for a great spectacle.
Spike loaned his board to a guy who turned out to be a yoga instructor. Spike told the man that some people do yoga on stand up paddleboards, and the guy immediately started. He did some amazing poses and we were all quite impressed. 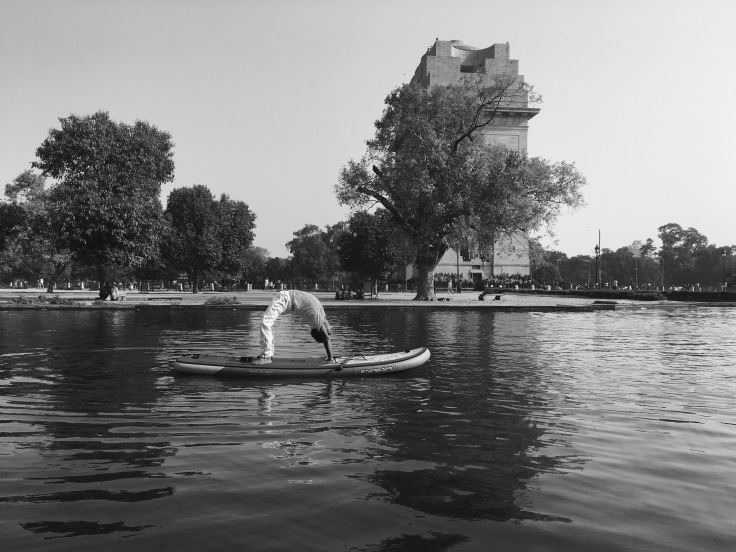 The image that has been burned on my mind from that morning was Shilpika as she got three little girls onto her board, all under eight years old, one of them might have been four. As she was paddling around speaking with them in Hindi, she looked up at me where I was taking pictures on the shore and told me that one of the girls had never been on a boat before. All of them were beaming, and I couldn’t help but feel in awe to be on this adventure with a pioneering Indian woman, so supportive of her native place, encouraging a cleaner river, the source of life, and helping the new generation to take onto the adventure. 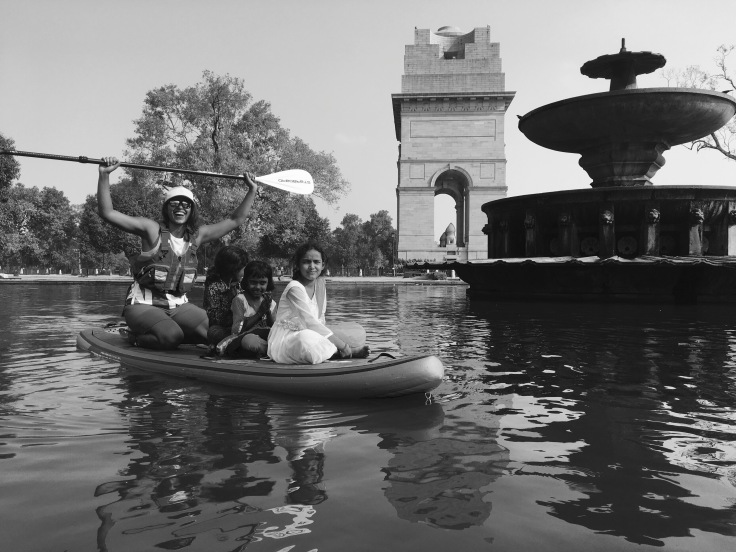 Last night waiting in the postoffice to mail letters to district magistrates all along the river, I was surrounded by guys trying to, like me, beat the very slow mailroom, and get their parcels off. Feeling quite frustrated I looked up and saw a sign that said “Gangajal for sale here” or “Ganges Water for sale here.” In Delhi, far from the Ganges, that sign gave me plenty to think about as I finished mailing.

Tomorrow the five of us will head towards Rishikesh, and then up to Gaumukh, the headwaters of the Ganges to begin our journey downriver.

2 thoughts on “GangaJal for Sale”